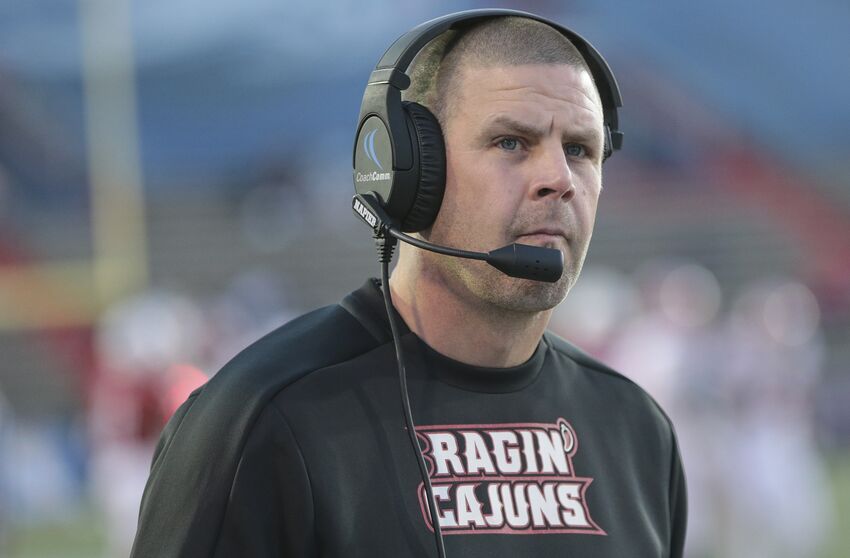 Louisiana Head Coach Billy Napier has a lot of experience coaching in SEC territory and has been a success at Louisiana. Is he the right coach for the Mizzou football program?

A former college quarterback at Furman, Billy Napier has had his travels as a coach, with a lot of time being an assistant at Alabama and his last two years the head coach at the University of Louisiana. With 12 conference wins during the past two seasons and back to back seasons of bowl eligibility, the Ragin’ Cajuns head coach certainly should be a prospect the Missouri Tigers take a long look at to replace Barry Odom.

Napier has two divisional titles during his two seasons at Louisiana. He has five years of experience as a positional coach and recruiter with Alabama under Nick Saban. Napier is a prospect who would, or at least should, be of interest to Arkansas to address their coaching vacancy.

Must Read: Lane Kiffin Would Be Big Name Hire for Head Coaching Job

At Louisiana as a head coach, Napier has a record over his two seasons of 17-9, to go with the conference record of 12-4. That is a solid record for a coach.

For a program in need of a winner, Napier certainly fits the bill; Head coaching experience, contacts within the conference footprint certainly is tough to beat. A young coach likely able to relate to a prospect perhaps better than an older coach makes Napier a great fit for the Tigers.

Napier only has two years of head coaching experience, and at a lower level program in Louisiana. For a program like Missouri that needs their head coach to be ready to hit the ground running, is there an acclimation period for Napier?

Also, few of the Nick Saban assistants turned head coaches have been successful. Kirby Smart at Georgia appears to be on his way to breaking that mold, but numerous others have failed, such as Jim McElwain at Florida.

Billy Napier is a good coach and a solid prospect for Mizzou football to look into. With head coach experience along with extensive experience working and recruiting within the footprint of the SEC, that should help the Tigers recruiting from his first day on the job.

Do I think Lane Kiffin is the better option? Yes. He has more head coaching experience and has more coordinator experience than Napier. That being said, Napier is a solid coaching prospect.